[Game] The Last of US

It's been out for almost a week and no thread in here?

Well, I am playing it right now, and I think I'm about two thirds through, and damn it's a great game.

I know, the premise of "(not real) Zombies" is quite cliched, and the gameplay is nothing out of the ordinary, but still, Naughty Dog managed to make something great out of it.
It's one of the rare games that I almost obsess over, spending most of my time away from the PS3 wanting to get back to playing it, just to see where the story's going next.

Also, the MP is actually quite fun for a 4vs4 cover based shooter/stealth action game.
C

I think I will get it at some stage, looking forward to it

I would definitely check it out but I'm not buying a PS3 just for one game. So many people miss out on great games due to them being a console exclusive.
Last edited: Jun 20, 2013
H

I watched the Gamespot review and it was so dull I lost my interest in this game.

If that dude reviewed anything else it would have the same effect.

Hehe it's Reese from person of interest:

And I agree, that Gamespot reviewer made it sound very dull.

I played through it. No matter how dull the gamespot reviewer makes it sound, it is a fun game.

I especially like the semi-stealth approach to combat, because the human enemies don't magically know where you are once you've been spotted. It's actually quite fun to evade the angry mob after a botched stealth kill, just to prey on the scattered guys looking for you.
As some reviews say, the combat really manages both to make you feel vulnerable and empowered. There's always the a thin line between being hunted or the hunter, and in the best encounters, you switch sides more than once.

Also, the story's quite good, I did care for the characters.

IMHO that game is the "Half-Life 2" for the PS: a game that perfected a tried and true formula, great graphics and strong story.

Also, NO regenerating health, neither in SP nor MP!

Shamefurr Dispray said:
Hehe it's Reese from person of interest:

And I agree, that Gamespot reviewer made it sound very dull.
Click to expand... 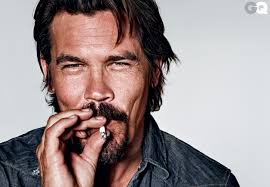 You are all wrong, its Raynor from Starcraft.
S