You are using an out of date browser. It may not display this or other websites correctly.
You should upgrade or use an alternative browser.
Avast ye landlubbers! The Horzine team is happy to present to you the seasonal Perilous Plunder update! Prepare yourselves to board into the dark facilities of Desolation. Light it up and search for any clue about the Patriarch. Also, loot with caution and test yourselves in the combat training room or firing range. Alongside this, we have some new weapons to introduce to everyone. By courtesy of the Horzine Research Group, we finished development of the HRG Kaboomstick and the HRG Teslauncher. But that's not all, the Glock 18c and the space pirate favorite, the Blunderbuss, will now be available for purchase. Use them to slay any scurvy Zed you find out there. Now, rise the Jolly Roger and let the plundering begin!

Edited: Event Ends on 7 / 7/ 2020 Fixed to reflect the correct date that was set internally. We apologize for the confusion and any inconvenience over the incorrect date previously given. 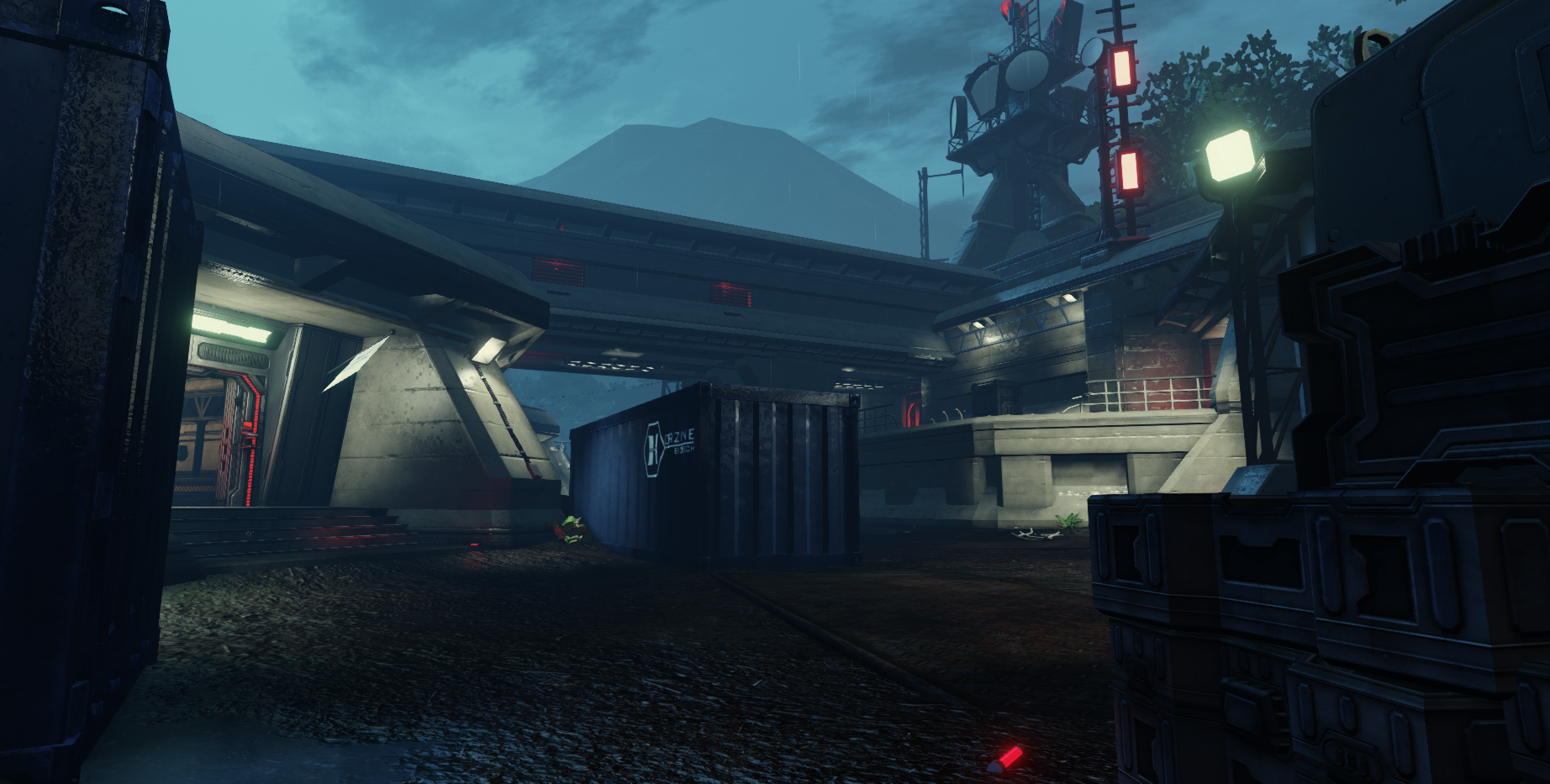 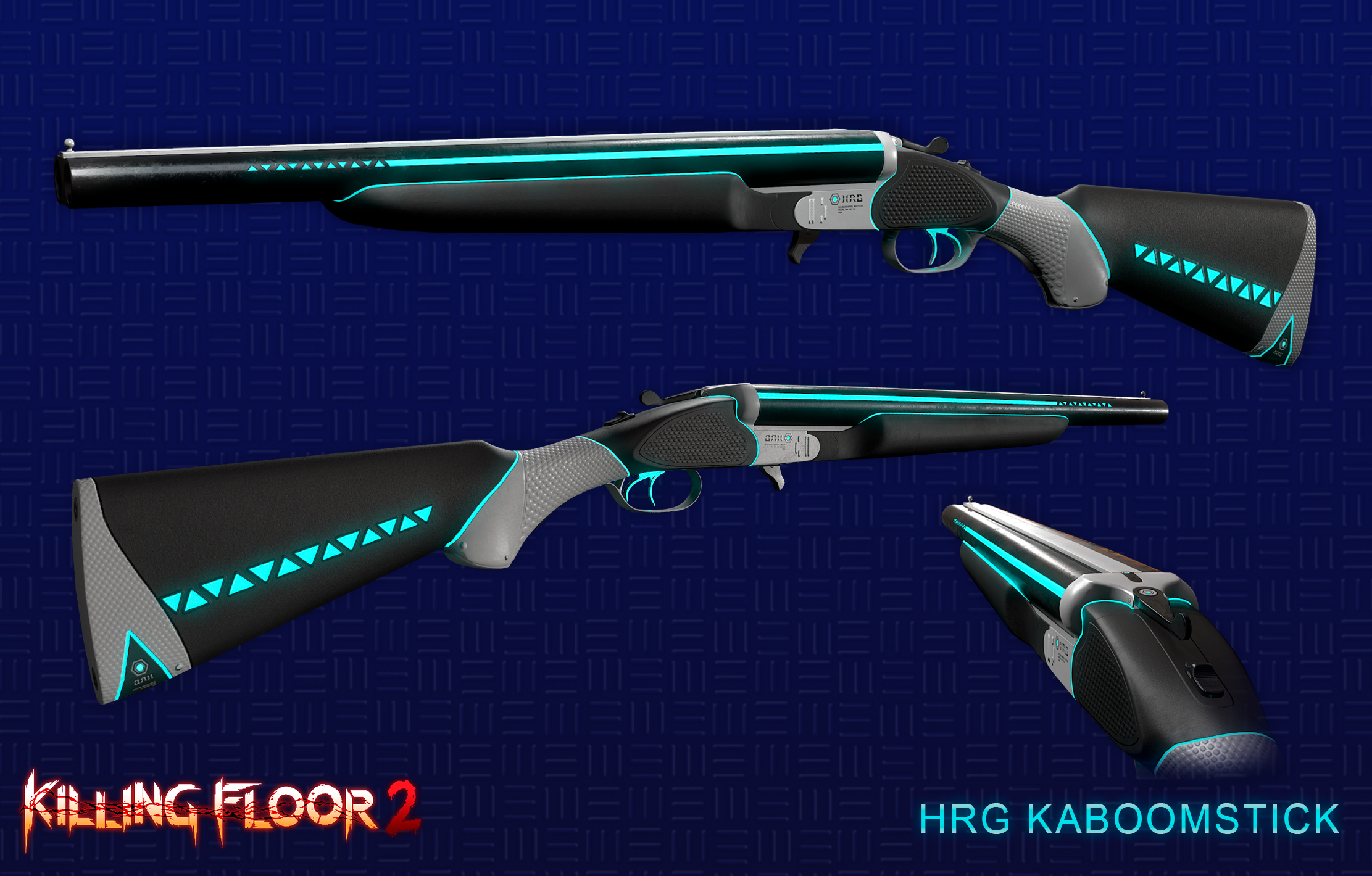 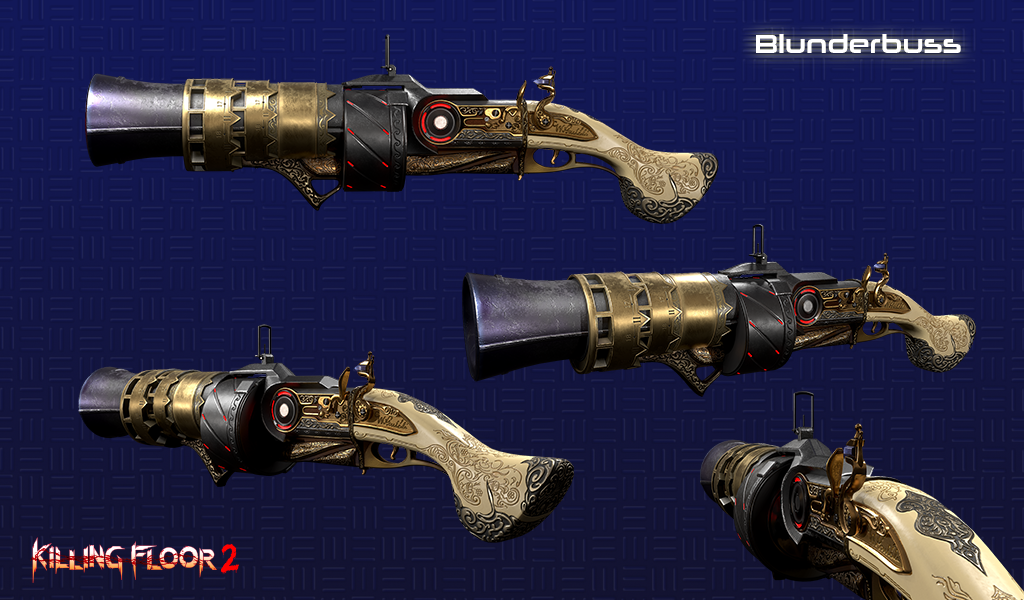 Reminder since this usually comes up during update releases, the database update for ticket drops and setting up steam items for sale will occur at approximately 1pm EDT after all the patches go out in order to verify that the patches are deployed across platform

As mentioned in the 2018 Killing Floor 2 ‘State of the Game’ our goal is to bring to the community a continued stream of QOL changes for each update throughout the year. Please continue to report any QOL changes you believe should be added to the game by submitting your feedback in the ‘general’ section on our official forums at: https://forums.tripwireinteractive.com/forum/killing-floor-2

For the Skip Trader Vote improvements, we implemented the system using elements from the player kick system to make the process of skipping the trader easier and clearer for players.

As for the healing UI improvements, we want to add more clarity on the amount of health being healed on any player. This will help players gauge and improve their healing.

The Seeker Six was underperforming compared to the other Demolitionist Tier 4 weapons. We made some tweaks in order to make it more attractive to use while differentiating it more from the RPG-7 and the Husk Cannon. We increased the explosion radius and damage to improve its ability to handle groups of weaker Zeds. Currently, the Fragmentation Rounds Perk skill will increase the explosion radius enough to cause self-damage in close quarters, introducing a small risk factor. Finally, the weight was reduced to allow more weapon loadout combinations.

The Mac 10 received some changes in order to improve its viability for the Firebug and SWAT Perks. The burn rate has been reduced to reduce the likelihood of causing Zeds to fire panic too fast, and the damage of the damage over time and bullet stumble rate have both been increased to allow the weapon to deal with medium to larger Zeds more effectively. Also, the base damage has been increased and the Dosh price has been reduced to allow the weapon to become more viable in earlier waves.

The Bone Crusher was updated to improve the defensive capabilities against E.D.A.R.s and the Matriarch.

The Berserker ZED TIME - Berserker Rage now immobilizes the feared Zeds instead of making them run away. This should help improve its gameplay with all Perks, allowing players to have an easier time landing their shots.

The Survivalist ZED TIME - Lockdown Perk skill has been reworked to allow any weapon used by the Survivalist to apply stun to any Zed. We want this skill to effectively ‘lockdown’ Zeds, and the previous iteration did not suffice in doing that properly.

The Survivalist Melee Expert Perk skill was underperforming so we increased the damage boost a little more in order to improve the melee viability of the skill.

The Field Medic Acidic Rounds Perk skill also got a boost to its damage to become a better tool for Field Medics with a more offensive gameplay style.

As always, we’d like to hear the community's feedback on these changes. You can do so by visiting and posting in the ‘general’ section on the official Tripwire Interactive forums at: https://forums.tripwireinteractive.com/forum/killing-floor-2

Bug Fixes
Also mentioned in the 2019 Killing Floor 2 ‘State of the Game’ our goal is to bring to the community a continued stream of community reported bug fixes for each update throughout the year. Please continue to report any bugs you discover by visiting our official forums at: https://forums.tripwireinteractive.com/index.php?categories/killing-floor-2-bug-reports.2277253/ and posting in the ‘PC’ or ‘Console’ sections.

As always, thank you for your continued support!
Last edited: Jul 7, 2020
Reactions: takerujapan
Click to expand...

Tripwire Interactive Community Team · From Killing Floor Discord :)
Staff member
Thank you for the exciting update, but there is still a major crash happening on PS4 re: Weapon Skins

When I saw they had new weapon skins for the HRG guns and others I immediately bought them and when I started to put more on and go back to the gear selection my game would crash and it’s been happening over and over no matter how many times I put on the skins I feel like if I keep doing that I...

forums.tripwireinteractive.com
I tried equipping my skins today after this new update and the CE-34878-0 crash happened like before.
This is a list of al the weapons that are bugged and crash the game whenever I try to equip, there's probably more but these are the ones that are more prominent within PS4, I've uninstalled my game several times and unequiped the camos several times, even tried to equip them in-game but still crash.

My PSN username is Weeabro- I really hope this gets sorted out soon since I can't really use the content that I bought.
the ingame Store should really be more organized. most of the Categories have 30+ entries making them kind've a disaster to try and find a particular thing in, and now that there's more than just Skins there, the Store thusly really needs a Category for.... well, those non Cosmetic things.
Reactions: Hec0v0ules and missing_trigger
Another major update without basic PS4 issues such as awkward 9mm and knife usage interface. :/
Here are a few tidbits of what I thought so far

> G18C is a weird one for me. Maybe it's just me, but I thought its damage profile to be widely inconsistent. Actually, it seems to be only worthwhile once you have a x4-x5 headshot damage bonus rolling. The fact it's also widely inaccurate doesn't help, even if it was done on purpose. I think lowering it a wee bit would be great. Other than that, it's surprisingly decent and finally adds something very unique to the GS. I doubt it will replace my trusty Deagle or .500 though.

> The Kaboomstick is definitely one of my new favourite toys. To the point where it pains me to say that it should be nerfed. Besides the small "magazine", there's truly nothing that hinders its ginormous damages. It's a reliable PDW weapon since it deals little no damage to yourself. It's increased spread makes it perfect to blast out groups of zeds. It's mad powerful even without upgrade. And it's weight allows it to be used along with the most powerful guns in the Demo arsenal. Yep, definitely an S-tier gun. And I feel it's somewhat too good. Either increasing the price tag a bit ( T3.5?) or lowering its damage output would be more appropriate.

> The Teslauncher, as expected, is a weird one. It doesn't feel fitting to the zerk gameplay at all. And the fact it comes as a T4, too long after the weapon would be useful (since bloats, sirens, EDARs and husks appear in previous waves). It also makes the Eviscerator somewhat redundant as a ranged-weapon. And most of all : it's too bloody efficient. The main drawback of the perk was precisely that you had to go in melee range to deal any significant damage, putting you in danger (somewhat mitigated by the various resistance and healing). Now, you're just a commando on crack.

Clearly, I think having a single pistol as a T2 would have been immensely better.

>The Blunderbuss is easily one of the best DLC weapon you've released so far. Hell, I might say it's just a tad too good... It's pretty much the middle-ground between most T3-T4 the demo has at his disposal. It's also a nice touch that even at point blank, your shot will explode. It has saved me a few times already ! I was also expecting the weapon to be better in the hands of one of the two perks, but it's actually great for both support and demo. Definitely one of the quirkiest weapon, and one that could be slightly weaker. But it's one of the funniest to use in a long time. Good job!

>The Mac-10 is... Meh? Not but really, I even have the feeling that it got WORSE. I suppose it's not, since you didn't nerf it at all. But I find it painful to use, even with the smaller price tag. It won't replace my trenchgun anytime soon, unfortunately... It is however a decent sidearm once you reach the very last waves.

>I was already one of the few who actually loved the Seeker Six. It is now one of the most perfect weapon in an already shiny arsenal. I swear the demo gets all the love... Anyhow. I do find it perfect as it stands now. It still struggles a bit against scrakes...But you gotta have a weakness right?

> The new map, Desolation, is yet another one I really don't care about. The layout itself is totally fine, pretty good even! But I'm really tired of those assets, and the modder is obviously not to blame for that. But I find it sad that we went from "touring the whole of Europe" at the beginning of KF2 (Denmark with Evacuation Point, Italy with Catacombs, Germany with Black Forest...) to "let's visit lab number 2632". Yes, Desolation is more of a military base, but don't tell me the appearance of the map doesn't feel very same-y
Last edited: Jun 18, 2020
You must log in or register to reply here.
Share:
Facebook Twitter Reddit Pinterest Tumblr WhatsApp Email Share Link
Top Bottom