RS2 should have this feature to give some recognition to the most decorated players in game, not only for a quick MLG-style showcase but just to have a little fun with player avatars and models being seen in screen when the game ends and because the game has a really good focus on squad style gameplay, I think that their should be a showcase featuring the best squad's customized character models being seen posing for the camera or something. Kinda like how in Overwatch when the best team wins or when you're selecting a squad in BF1. 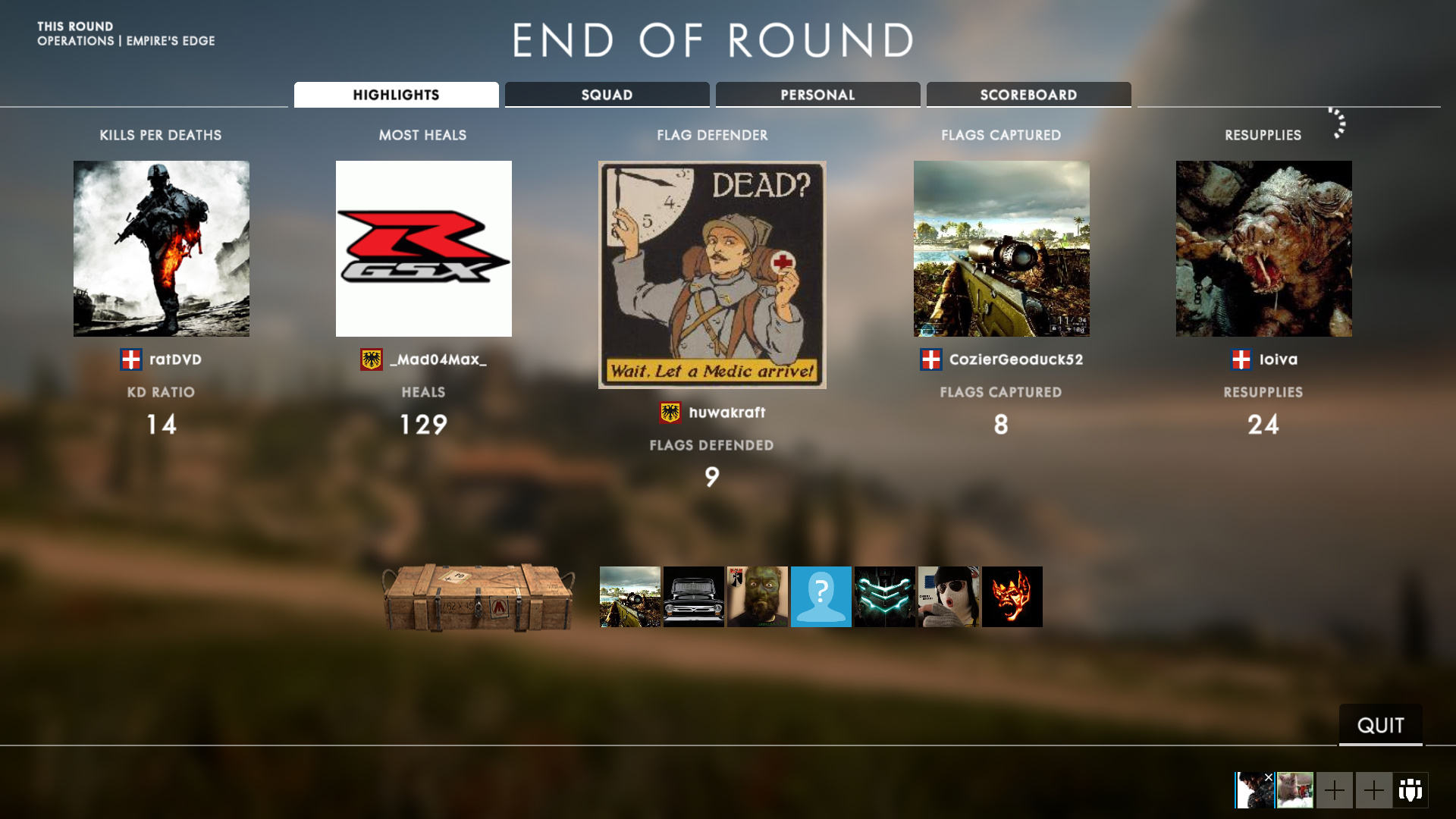 Also since there is a wide array of player cosmetic items, is there anyway to feature shoulder patches in game? So that way whenever a player joins a squad, the player chosen patch is seen hovering next to their name or seen on their player model. And should you ever make a "best squad" showcase at the end of the game, the squad leaders chosen patch for their squad is seen in the background.