The top of the Nui Ba Den is very rocky with less Vegetation. The Americans have strongly fortified the hill top with
Bunkers covered with fences and barbed wire.


The Mekong Delta is generally a flat region with the exception of the Black Virgin Mountain. The mountain commands everything in its sight and was therefore a strategic location for both sides during the war. In May 1964 the mountain top was assaulted by the Special Forces 3rd MIKE Force and the peak was held by American forces as a radio relay station. Supplied by helicopter for much of the war the Americans controlled the top and the Vietcong controlled the bottom and surrounding foothills.

The base was occupied by over 140 Americans when on the night of 13 May 1968 the base was attacked and overrun by the Vietcong. By 02:30 on 14 May the Vietcong had been driven off by gunship and artillery fire. The results of the attack were 24 U.S. killed, 2 U.S. MIA and 25 Vietcong killed. 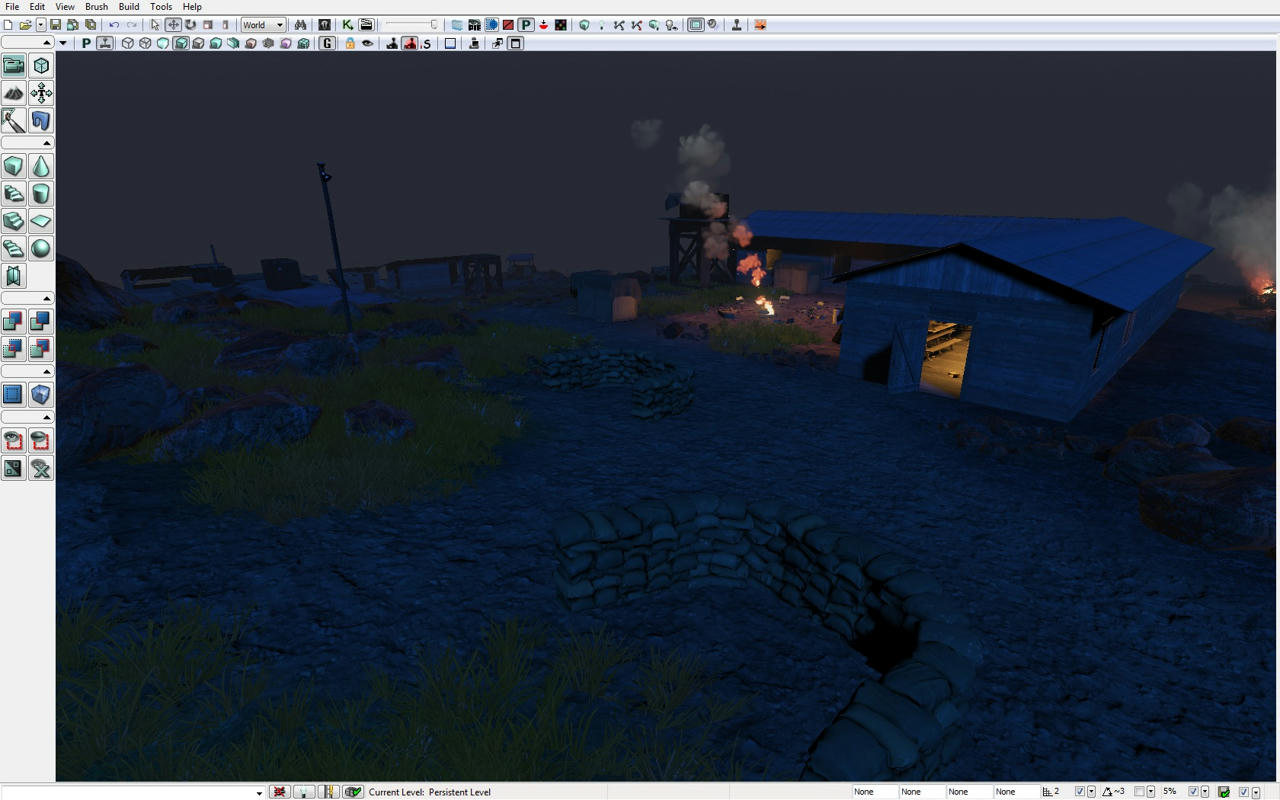 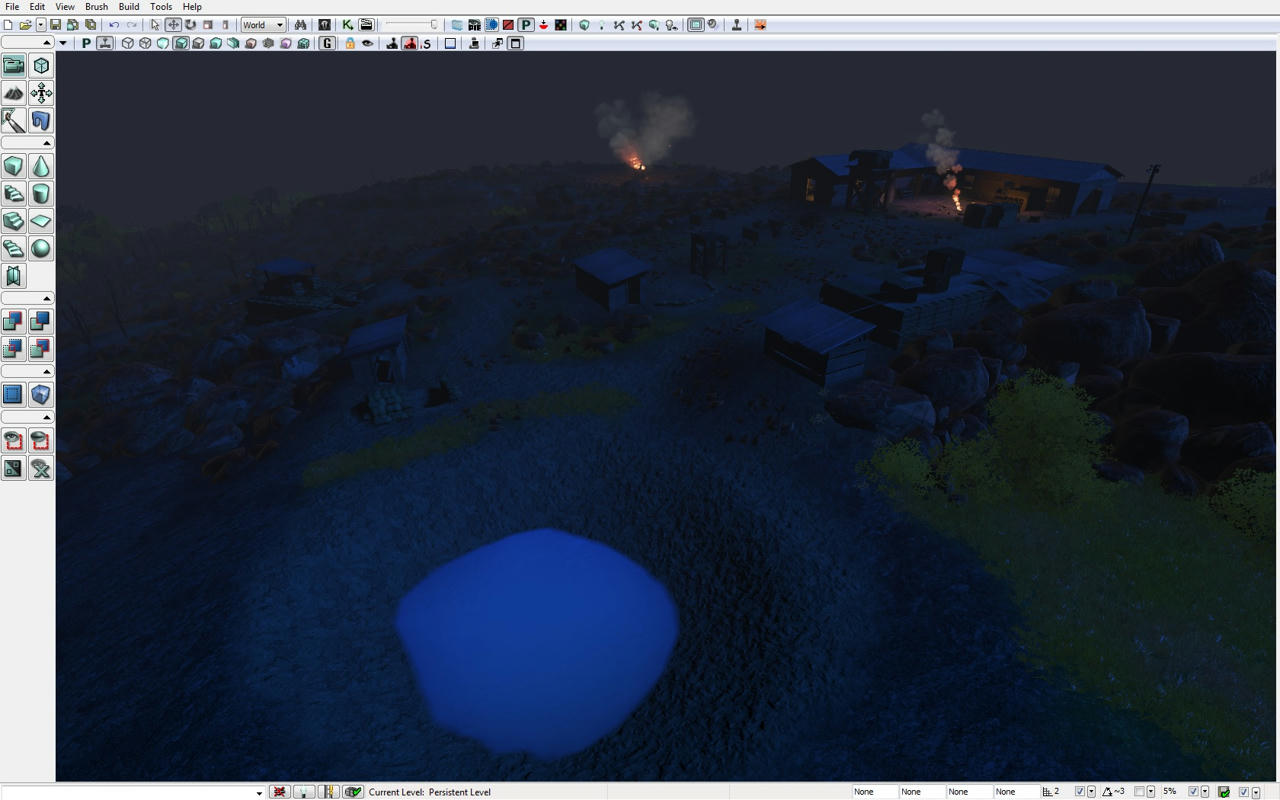 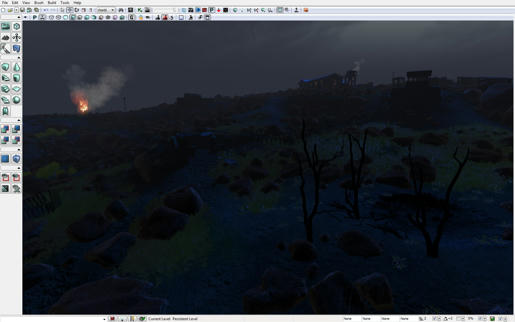 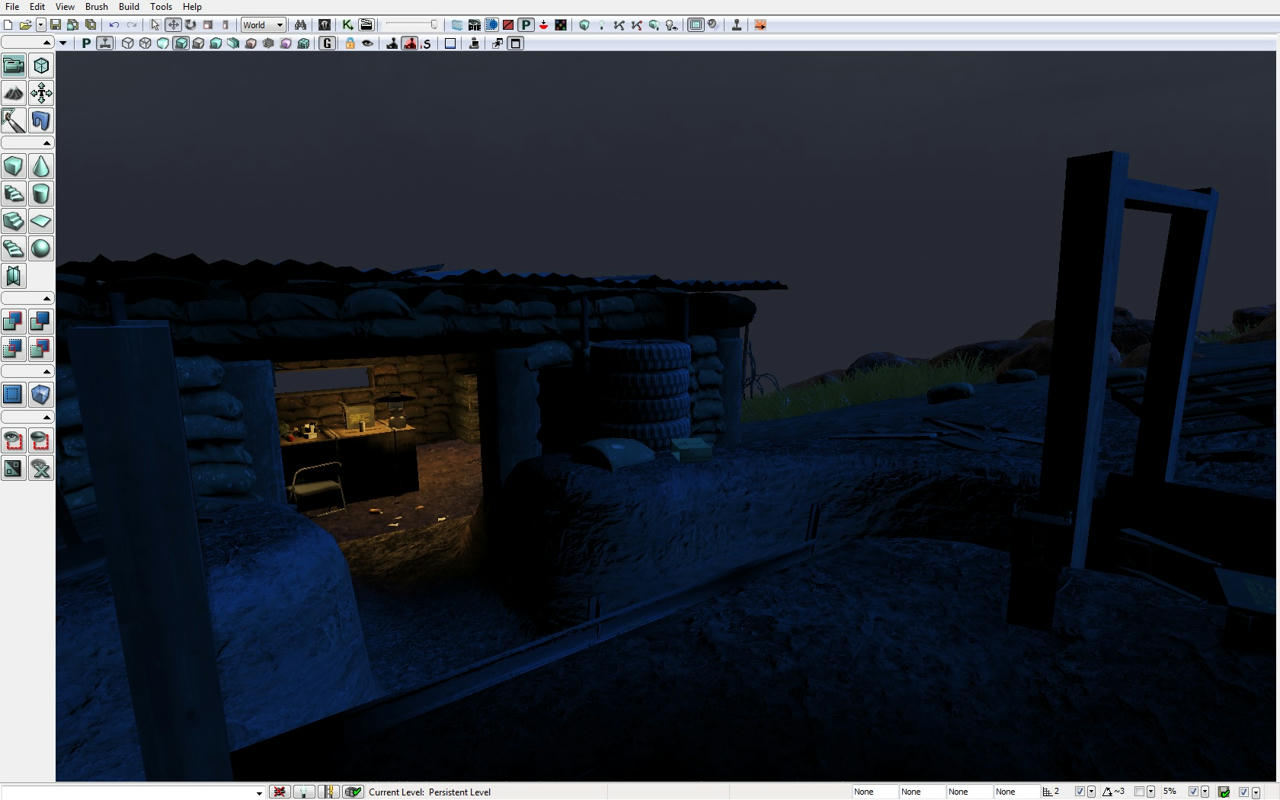 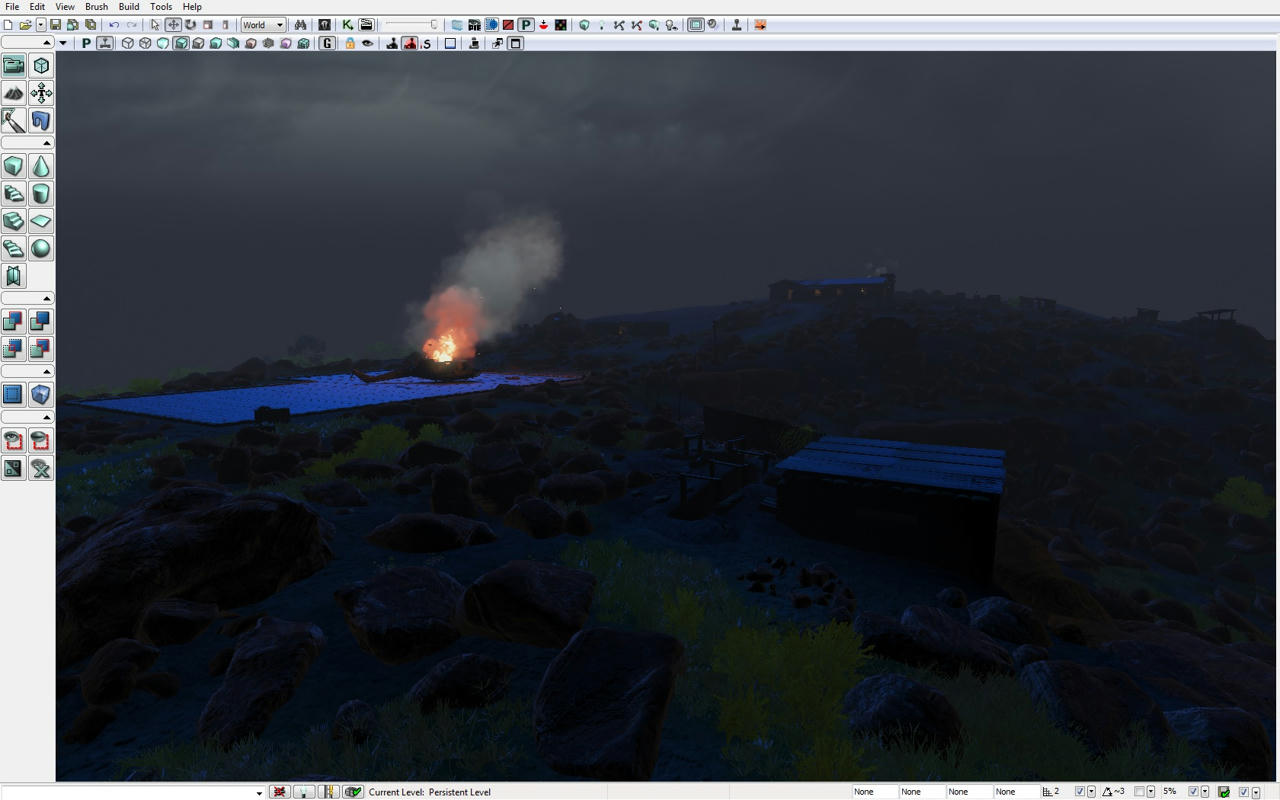 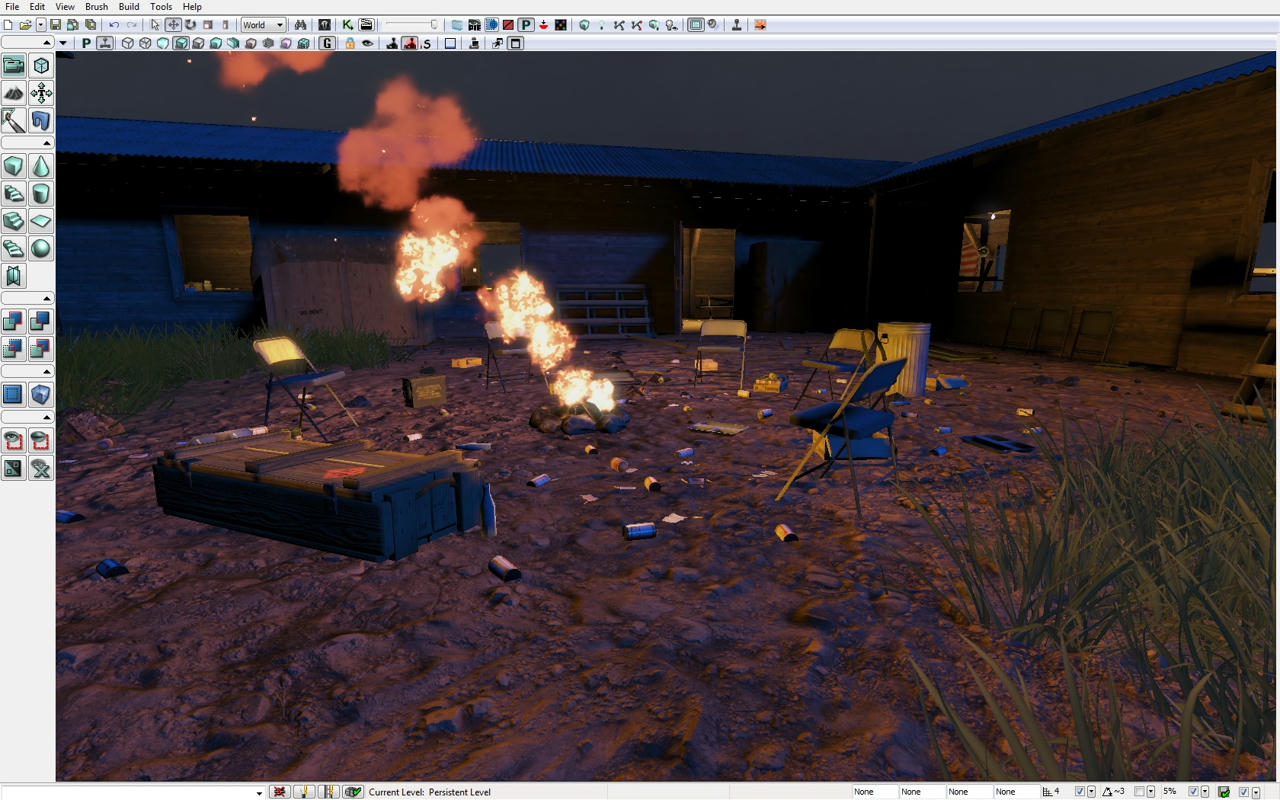 have fun on the Map , post your Feedback and suggestions here thank you!!
Last edited: Sep 6, 2017

- VC ve a Temporary spawn at the start 1 st wave start 60 meters from A ( to simulate a surprise attack, Close Combat)

Thanks will test it soon on our server

where can i get the B3 version pls? download?

Have played it two times and its, different.
What the most people complained about and it happened to me as well many times is that people get stuck between the rocks allot but you are already working on that.

Can't wait to see how this map looks when the lighting gets fixed! And ask Nymets about the flares he is using for one of this maps! They would fit so well!

omano;n2299763 said:
If he simply read the first lines of the thread he would have find it peumobil it is too easy to give him the link
Click to expand...

Still need to open your eyes

Thoughts after playing this one a few times:


* The low ceiling is cool, I like the idea of the US not having air support available. Should look great as the lighting gets refined

* Not having a lot of radio locations is cool, too, but maybe add an extra radioman slot or two

* The rocks.. I think you could remove about 30-50% of them without losing anything. Right now it can be really hard to navigate spots that you could hop right over IRL. There's also the problem with the game engine itself when prone. A real shooter would adjust to any little bumps or edges of the rock to maintain line of sight. Unfortunately the game doesn't compensate the same way, which is how you end up aimed at the sky from small movements against rocks or in craters or unable to rotate when ADS. I don't think it's something in the map, I think it's something the devs need to address but it's been like that since the original Red Orchestra AFAIK. As such I would try to limit areas where players have to go prone on top of the rocks. I think they'd work better in clumps & look more natural in bunches like that as well.

* The way you've built up the sandbags and bunkers are really cool & seem realistic. You could expand some of those along with trenches to make the base areas seem more developed and less cluttered.

* B & C objectives are very, very difficult to capture. I think the fencing needs breach points that can be destroyed, like in some of the older RO maps (Factory etc). I have yet to see that done in an RS2 map but we know the engine supports it. VC blasting holes in the wire is "Nam" as it gets! Some tunnels leading up to that area would be nice too, since the US can just roll grenades down the hill.

* Finally a map where the US defends! Awesome!

* In place of rocks, maybe some more hard cover to go with extended trenches & sandbags. Stuff to make the base look more like it's being attacked. A burning fuel truck by the crashed helo, for example. I think the wreckage should be in a crater, too. Not to harp on the rocks again but you know the CO would've had his people out there clearing them and forming them into walls.
Last edited: Jul 16, 2017

-new hitboxes for most of the rocks

- more openings in the fences around ,A, and ,C,

Just downloaded the Steam Workshop version. Seems to be the earlier version. Dated July 7 or 8.

Cat_in_da_Hat;n2301607 said:
Just downloaded the Steam Workshop version. Seems to be the earlier version. Dated July 7 or 8.
Click to expand...

can you provide the direct link pls

map is ready for the new patch

Played the newest version. Map looks great & I really like the way the spawn points move around so different waves attack from all sides.

Still think there are too many rocks. Getting hung up on ankle-high rock formations everywhere is really frustrating. You could remove a lot of them without losing anything with how the map plays. There are some big rock garden areas as well that are easy to get stuck in and not very climbable. I totally get that the rocky hill is the point of the map but you have to keep the terrain navigable. That's mostly what I hear folks complain about and why this map doesn't get voted for too often.

I'd also suggest cutting down on the RPG slots. 5 is about 3 too many when there aren't any helos to draw fire and most of the OBJ are bunkers. Some extra trenches behind B/C would break up the rock field some. Rock walls would also look natural.

The low lighting is awesome. If you could get flares and proper night that'd be even cooler but IDK how well the engine would handle that.

Sappers - this is a problem in any map with the North attacking, but if you can find a way to swap their mines for a satchel charge that'd be very cool. I guess this engine doesn't let you blow stuff up like the older ones, which is a shame. Breaching the fence with satchels in their older games made for some epic assaults.

One last thing - for some reason it is very difficult to place artillery marks or even call in the arty. Not sure what's causing all that but both the SL's and commanders on both teams always complain about it.