You are using an out of date browser. It may not display this or other websites correctly.
You should upgrade or use an alternative browser.
T

To mark the upcoming anniversary of the start of 'The Battle of the Bulge' (Unternehmen Wacht am Rhein) Tripwire Interactive and the team behind Heroes of the West mod are proud to announce the release of the HotW winter 2016 update for Rising Storm/Red Orchestra 2.

Based on the German counter-offensive in the winter of 44-45, this update has 3 new maps; 2 winter maps and Saint-Come-du-Mont, a community-made map based around the fight between US and German paratroopers in Normandy.

The maps set in the Battle of the Bulge include the classic map, Foy, from the Darkest Hour mod of Red Orchestra Ostfront.The other Map features brutal fighting with US GIs defending against an all out assault at Elsenborn Ridge in December 1944.

The update includes all-new winter uniforms for the US and German forces and features a new vehicle, the Jeep with an M2 50 cal. machine gun mounted on it, a fearsome light support vehicle.

Owners of Rising Storm/Red Orchestra 2 can grab the mod for free from steam at http://store.steampowered.com/app/440090/ - just run the launcher to get all new movies for the map loading screens. 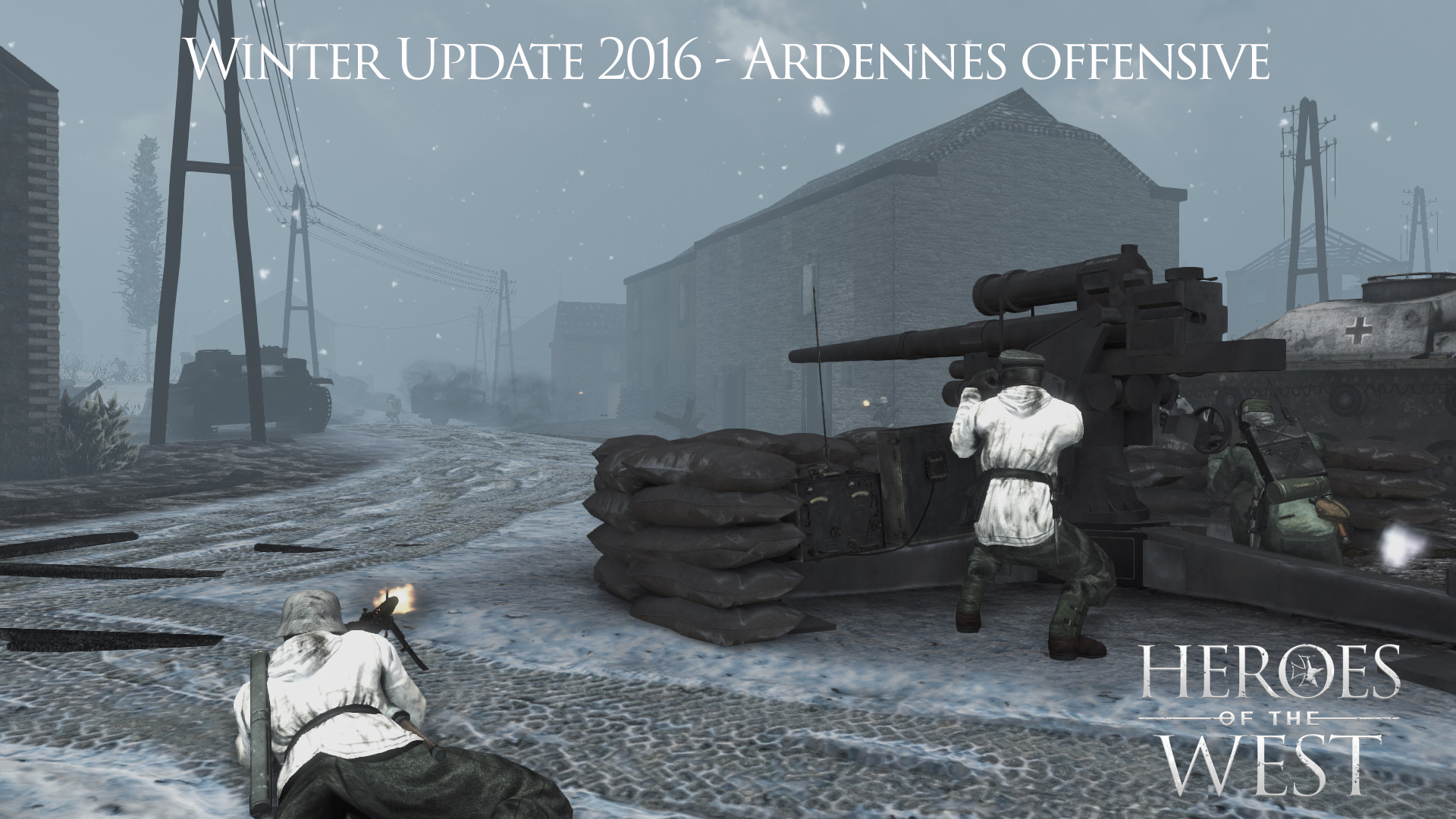 Nice. Entices me to reinstall. Had no luck getting an invite for RS2, might as well fire up some RO2. More importantly, many thanks for the folks who put work on this content and mod.

Looking forward to battle Ivan and Tojo in the Ardennes
I hope the hedges in Bocage got fixed as it's disturbing you shoot someone and the invisible wall protects him.
A Jeep but no KÃ¼belwagen? What a shame.
I also hope Germans got new AT weapons. Either Panzerfaust, Panzerschreck or AT gun to crack Shermans. Also I hope th audio of the Sherman has been tuned down, the moving speed is way too loud as I can hear the tank moving all across the map.