You are using an out of date browser. It may not display this or other websites correctly.
You should upgrade or use an alternative browser.
GREEN ARMY MEN 1.1 - BACK TO SCHOOL
The 1.1 patch adds six new weapons and a brand new map to the Green Army Men DLC

Light Support Weapon that trades magazine size for mobility.
The alternate firing mode improves shot grouping by lowering the rate of fire.
Lightweight carbine available as an alternative to the SMG.
The cartridge used by this weapon sports surprising power retention over long distances.
Compact variant of the Assault Rifle designed for operations in cramped environments, such as anthills or dollhouses.
Accurized variant of the Shotgun that fires high-velocity saboted slugs from a rifled barrel. Comes equipped with a High Magnification Scope.
High-power Bolt-action rifle.The haphazardly sawed-off stock makes this weapon compact enough to be carried as a sidearm. 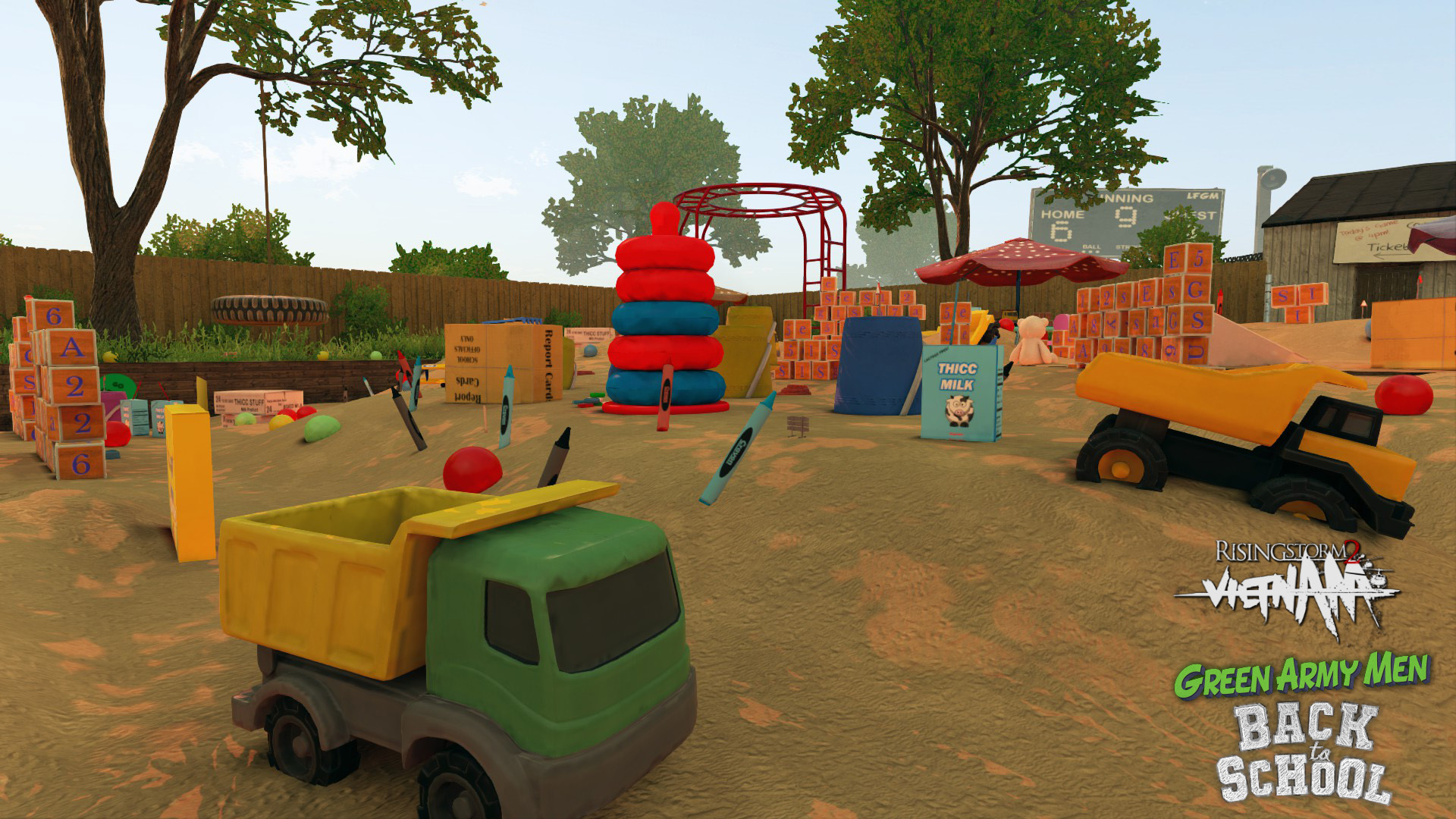 Battle your way across the Sandbox as the children take their tests inside the classroom.

The sand buckets have become your bunkers, and the leftover popsicle sticks from art class will now build the fortress that you cling to in this epic battle of Schoolyard dominance.

Whether you fly the choppers or call in the napalm rockets onto the final castle objective, there can be only one King of the Sandbox. Going Back to School has never been this fun.

Thank you for your continued feedback and support.
Regards,
The Green Army Men Team.
Click to expand...