You are using an out of date browser. It may not display this or other websites correctly.
You should upgrade or use an alternative browser.
Get a sneak peek at The Siege of Rudhelm, a Team Objective map playable in full for the first time during the Chivalry 2 Crossplay Closed Beta. Pre-purchase for guaranteed access to the Closed Beta, April 23-26! Visit the Buy Now page to see all available storefronts (both digital and physical - Digital purchases only will gain access to the closed beta).

Also keep a look out across social media, as partners have keys for the beta and will be giving them away in the coming days!
If you grab a key, details on how to redeem can be found at the KB here: https://support.chivalry2.com/en/knowledgebase/article/redeeming-a-key 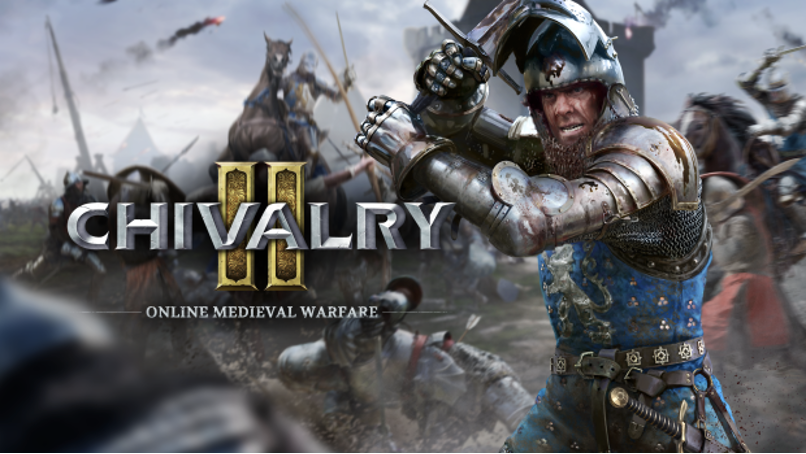 Chivalry II hands-on: You have my sword

Earlier this month, I had a chance to try out Chivalry II during a press preview event and then during a test weekend. 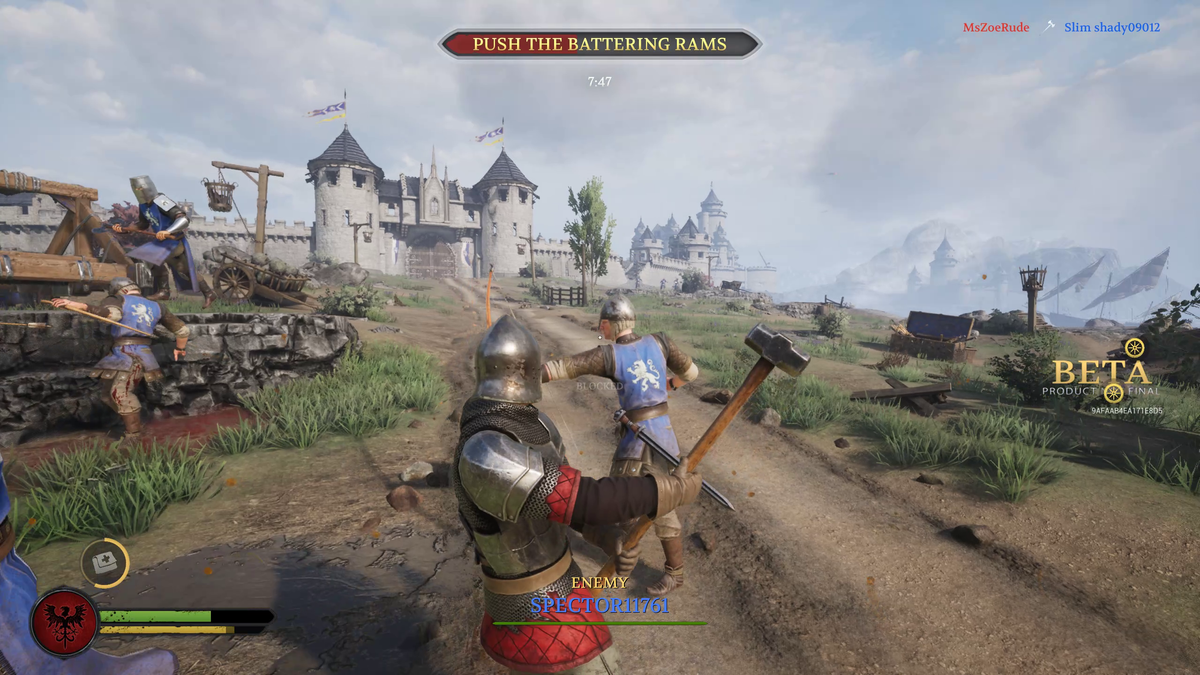 Chivalry 2 hands-on: When in doubt, hit an archer with a sledgehammer

The highs and lows of being a medieval soldier. 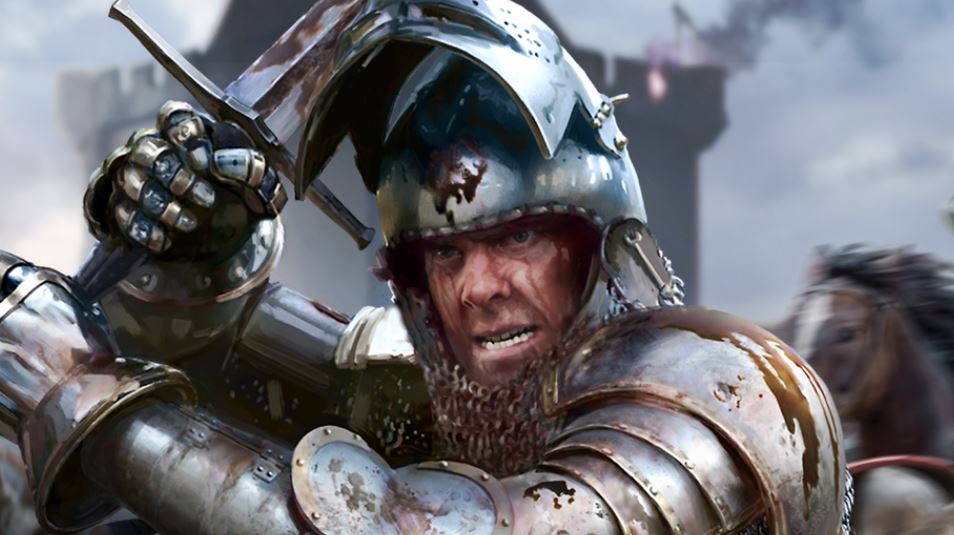 Read our Chivalry 2 Hands-On Impressions for PS5 and PS4 to see how the sequel to the beloved medieval fighting game is shaping up.
www.psu.com We got an opportunity to go hands-on with Torn Banner Studios' sequel to the original Chivalry: Medieval Warfare. Here's what you can expect from the game when it releases on June 8. 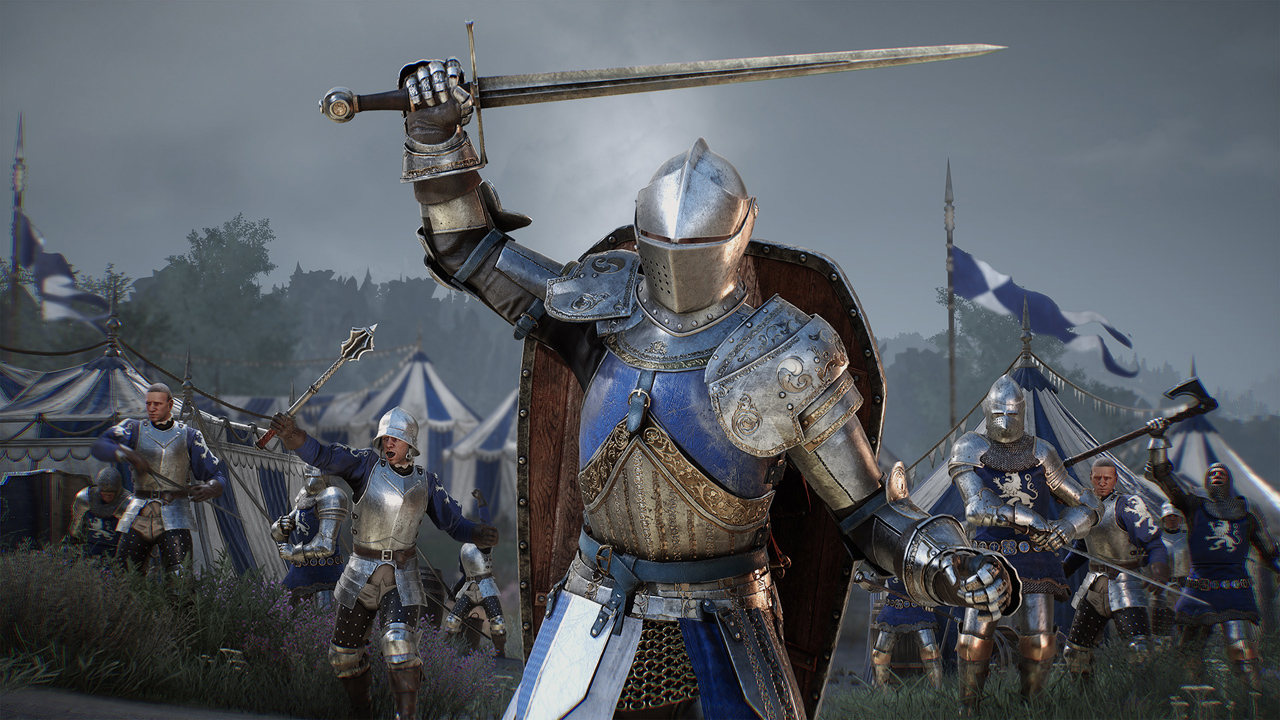 Excited for the Chivalry 2 closed beta this weekend? Well GotGame has early hands-on impressions to tell you why you should be. 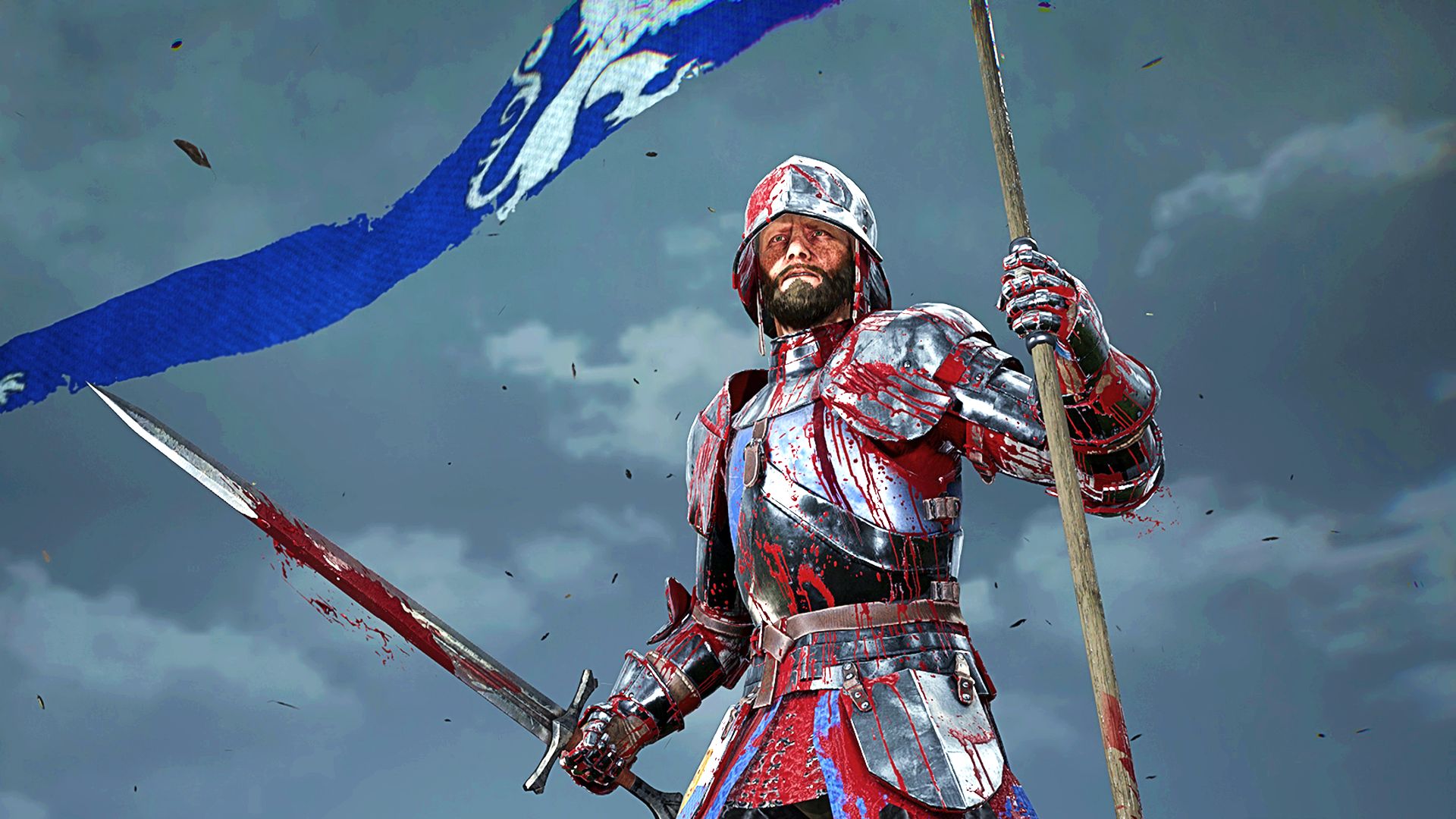 Alright, we'll call it a draw

Chivalry 2's beta shows what medieval combat games can be if they don't take themselves so seriously. 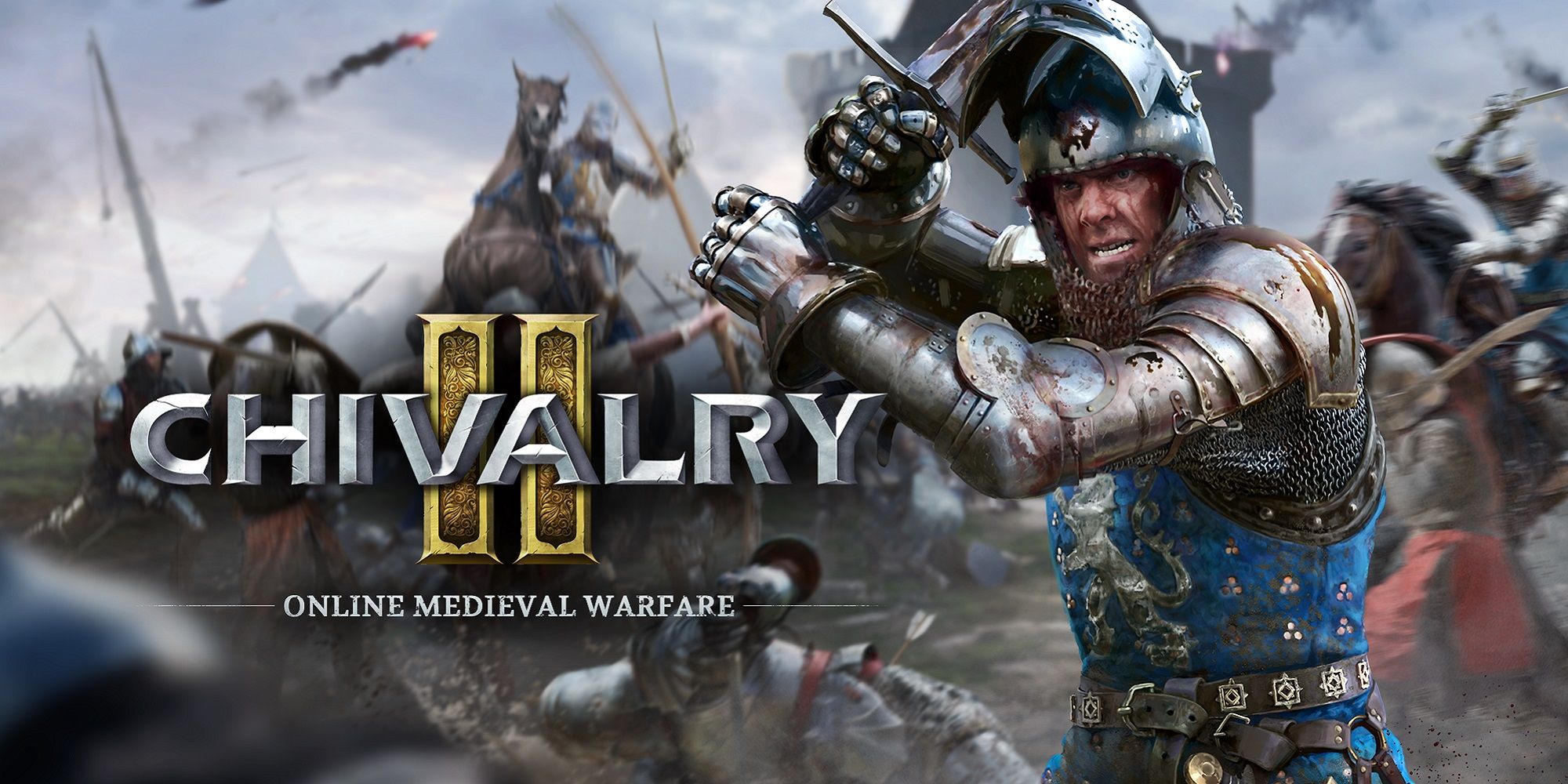 All the fun of medieval times, including turkey. How does combat work?​

Chivalry (2012) pioneered a combat system that brought sword fighting to the multiplayer FPS genre. For Chivalry 2, we have taken the foundation of Chivalry 1’s combat and revamped it to allow for far more dramatic and engaging fights at all skill levels.

Left click to swing, hold for a heavy attack, right click to parry. The mouse wheel performs stabs and overheads. Duck under swings or leap into strikes. Combo attacks – flowing from one to another in a whirlwind of steel. Riposte as a fast counter after blocking. A revised feinting system lets you play intense mind games with foes and gives another layer of control for the master swordsman.

Weapon attacks and blocks are weighty and satisfying, adding the proper amount of crunch as your sword sinks into your opponent’s skull.

We have added a variety of new attack types and adjusted the flow of combat to be more natural, flowing, faster and dynamic. Whether fighting in groups or 1 on 1, the rush of combat will leave your heart pounding and provides a true opportunity for players to create their own playstyle and master the system over time.

What about the ballerina moves / dragging exploits?​

Right, we’ve fixed those. A major development focus for Chivalry 2 has been a complete rework of the animation and movement systems to ensure that combat both looks and feels weighty and satisfying like a medieval game should. In a multiplayer game it is critical that when you die you feel you understand how you could have done better. Visual indication of all actions must be clear and readable. Chivalry 1 did not meet these standards, and over time combat became understandably frustrating – especially against high skill opponents.

Our new approach is focused on ensuring that the transfer of momentum from strikes and adjustments players can make in real-time is at the right balance of visually understandable, physical in appearance and still gives players a true sense of control over their swings.

Chivalry 2 will capture the promise of what Chivalry 1 should have been in terms of its hit detection reliability and combat depth, without forcing players to resort to silly/frustrating tactics.

Will there be mouse dragging?​

Yes, accelerating or slowing down your attacks by moving the mouse as you swing (simulating the torquing of your hips) remains an important part of Chivalry 2’s combat system. It is what makes it feel like you can lean into your strike, and aim with the precision you would expect from an FPS.

Dragging is an essential feature which separates our combat system from a canned animation system. However we have taken great efforts to make sure that combat looks realistic and have avoided moves that are confusing or look like exploits. As such, reverse drags will be limited. Swings will have a higher sense of momentum, able to be adjusted but not without commitment during a swing.

In Soviet Russia, Yoshiro is a cake
Staff member
I know I'm quite well-known for being the sarcastic asshole 'round here, but what are the big changes?

I mean, I could see very well what improvements were made when the humble "Age of Chivalry" mod got turned into its own fully-fledged game. But the jump from the first to the second game is a bit more... subtle I guess?

Is there any place where I can find a detailed list of the new stuff planned for the sequel?

Otherwise, is there maybe an open beta planned in the future, to try it out?

Definitely glad the comedic aspects of the franchise is still there. As well as the ridiculously over-the-top gore!
The short answer is, bigger, better, more epic and cinematic and a continuation of the Chivalry story line (20 years advanced). The game is also cross-platform between consoles and PC, bringing you more targets for your blade to fell. For a more involved read check below:

I've taken select portions of the FAQ and put them in the original post, which will help answer that question.


More Media Coverage
Reserved if needed.​
Last edited: Apr 21, 2021
Reactions: Aleflippy
Updated with press preview coverage, combat guide video, and gameplay videos!
Reactions: n1ouk
Added some more coverage!
Added a link to the PC Gamer key giveaway.
Added more links to others with keys!
And it is live! Let us know what you think if you have a chance to play!
Reactions: Aleflippy
You must log in or register to reply here.
Share:
Facebook Twitter Reddit Pinterest Tumblr WhatsApp Email Share Link
Top Bottom