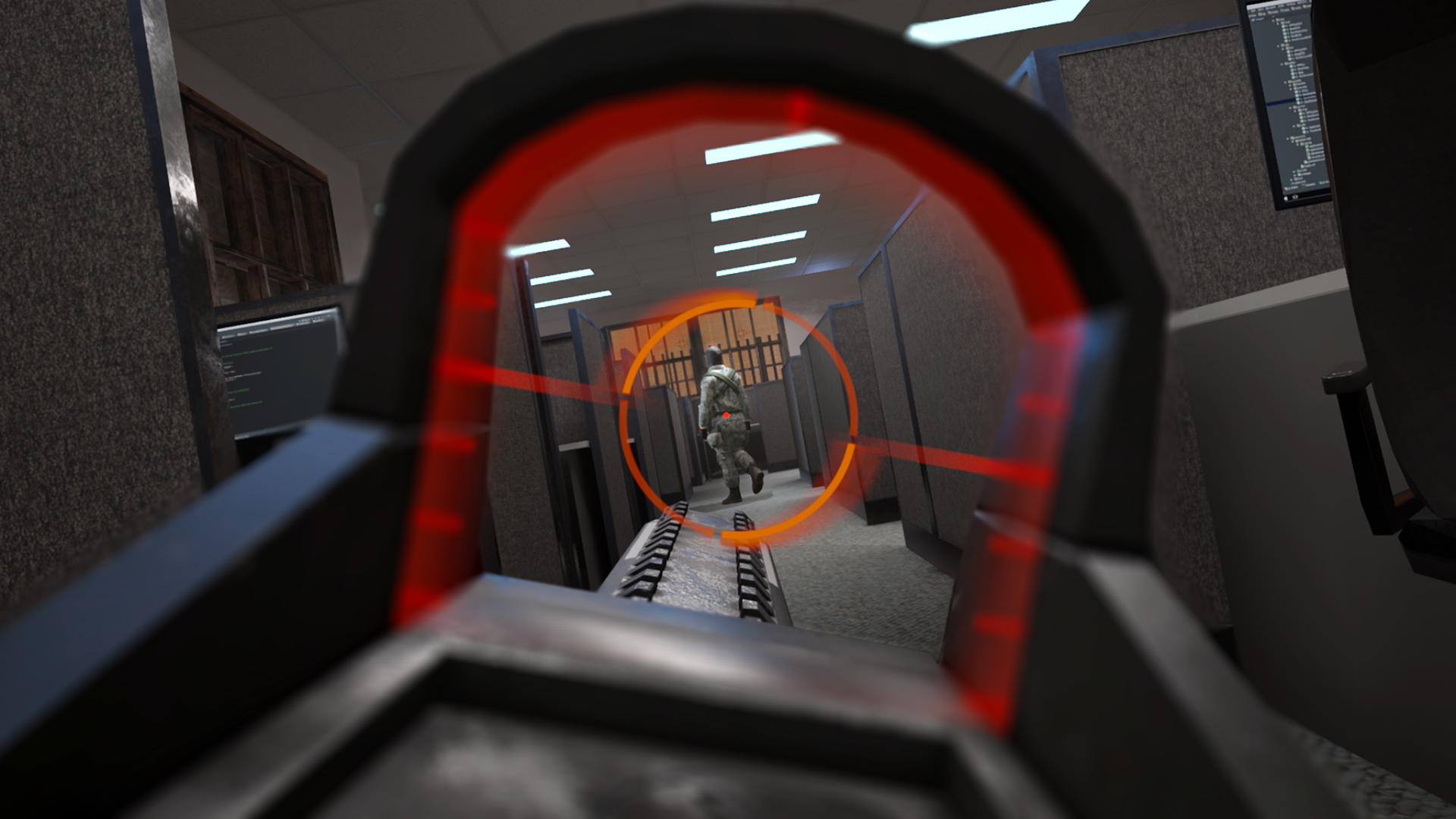 Espire 1: VR Operative PSVR 1.3 Patch
This patch brings Espire 1 on PSVR in-line with the 1.3 version of the game on other platforms.
Below is a list of improvements and bug fixes that are included in the patch!

Espire Version 1.5 Hotfix
Attention Espire Agents! We hope you’re enjoying our recently released version 1.5 content update. We’ve pushed a quick hotfix for the current v1.5 version of Espire that fixes some issues reported by users since release of the update:

We are tracking a launch crash that seems related to a recent AMD graphics card driver update. We strongly recommend not updating to the latest or rolling back for now (if you experience the crash) while we investigate this issue.
Espire 1 Oculus Steam VR
Continue…

Announcement
Attention Espire Agents! We are excited to present our 3rd patch for Espire. With patch 1.3, we’ve addressed some critical issues with the AI, fixed other reported bugs and, on the PC side, added more gameplay options for HTC Vive and Valve Index users. This patch will be shipping on PS VR very soon.

The team’s core focus is now improving the A.I based off player feedback. We’ve been working on a sizeable “Espire A.I Update” that we hope will address the issues players have had with the AI. We will update our public roadmap to list everything we’re addressing in this A.I update, which will be landing ASAP. This update also aims to improve the user experience, mechanics and gameplay, based off your suggestions. The player will be able to find tranq ammo throughout the map, for example.

On the Quest side, we’re also preparing a visual update, where the game...
Espire 1 Oculus Steam VR
Continue…

This update brings improved graphical fideleity to the PlayStation 4 and further improvement to the PRO consoles.

We expect to be able to bring further improvements in forthcoming updates along with several gameplay and bug fix improvements in the near future.
Espire 1 Playstation 4 VR
Continue…

These are new fixes present in 1.2 for PC Steam and Oculus Rift and Quest Agents which are as follows:

We have just set live another PlayStation VR update, bringing the build version to 1.03. This update addresses the following:

• Adjusted the height of seated mode so that it matches the height of a standing user.
• Fixed up various collision issues with vents.
• Further improved speech recognition.
• Fixed an issue where knocked out guards could not be dragged.
• Adjusted the speed of smooth turning (this will get more granular options in a later patch).
• Adjusted the angle of in-game hands so that users don’t have to tilt their hands unnaturally to use weapons.
• Adjusted hand position in relation to the motion controller (and it’s tracking orb).

This update is designed to help address some functionality and easy of use issues that PSVR users were experiencing. The teams are continuing to work on improved polish and visual fidelity for a follow up patch. This update also follows yesterday's update...
Espire 1 Playstation 4 VR
Continue…

Yesterday the first PSVR update was set live, it contained the following fixes:


We are now working on releasing a follow up patch that we expect to have out shortly with more fixes and enhancements for the platform.
Espire 1 Playstation 4 VR
Continue…

Espire Update 1 is starting to roll out on platforms starting now with the Steam and Oculus platforms. This update includes the following:

On behalf of everyone at developer Digital Lode and publisher Tripwire Interactive, we’d like to give a big shout out and “Thank You” to everyone who has been following and supporting Espire 1: VR Operative since it was first announced. This is Digital Lode’s first title and we are truly humbled by the community’s response to our launch last week.

We’ve been watching the streams and videos – and reading player reviews and comments. We are blown away by the positive feedback and are excited to see so many new agents enjoying Espire 1: VR Operative for the first time. But we are also keeping an eye out on issues, concerns, and constructive feedback – and wanted to share an update on some of our top priorities moving forward, this will encompass a first pass and follow up pass of issues that will require a little more time.

For those agents on PSVR, we are working with our partners with a goal to get a patch out as soon as we can, we do not yet have a firm...
Espire 1 Steam VR
Continue…

Espire 1: VR Operative aims to set the new gold standard for the stealth genre in virtual reality, delivering gameplay mechanics for the stealth and action genres that have yet to be explored in the space. Players are charged with the role of an “Espire Agent” and use cutting-edge Virtual Reality hardware to remote-operate the Espire model 1 drone.
Watch an Espire Agent steal a guard’s gun to hold him up...
Espire 1 Oculus Playstation 4 Steam VR
Continue…

We here at Digital Lode and Tripwire Interactive have been excited to see the anticipation for Espire 1: VR Operative growing over the last few months. With that said, we have some important news to share about the release date. While originally planned for tomorrow, September 24th, we unfortunately need to push the launch day back a bit further. We know this is not ideal and apologize for any plans we may have interrupted.

So what has happened to cause this change?

Throughout the year, we’ve been taking Espire 1 out to shows and meeting excited fans at events such as E3, Gamescom, PAX and others. During that time we’ve gotten invaluable feedback from those players and realized we would not be able to incorporate as much of it as we would like into the launch build.

And, while working with our partners doing Quality Assurance checks around the release candidate builds, it became clear...
Espire 1 VR
Continue…
Top Bottom